Innovation in Khadi: Lessons from Gandhigram 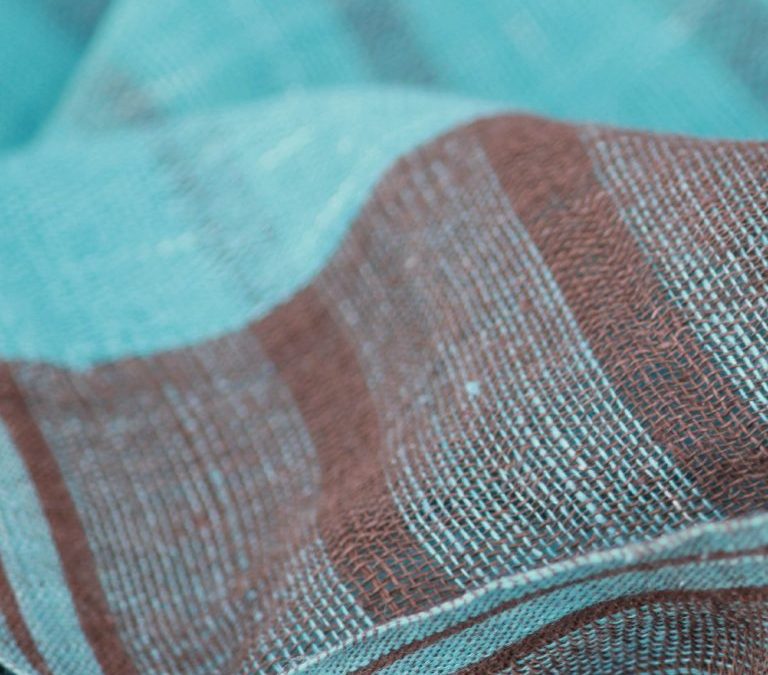 The author, Aditi Jain, is a crafts and textile designer, facilitator and observer. Aditi has a deep appreciation for everything handmade. She loves documenting stories of people places and objects. Aditi presented a case study on innovation in khadi at an international conference on in Jaipur in January 2020, drawing on lessons learnt from Gandhigram. Originally published in Aditi’s website.

A note from the author

When I asked to speak on innovation in Khadi, I immediately went back to Annapurna Mamidipudi’s research on the subject. I had read an informative article written by Wiebe E. Bijker and her on ‘Innovation in Indian Handloom Weaving’. In this, they discuss and share a case study on ‘Uppada Jamdani’ where weavers innovated by working backwards to seemingly less sophisticated techniques. Innovation is often times associated with something technological, although innovation simply means a new method, product or idea’. Inspired by her work, I presented Gandhigram’s case study on innovation in Khadi.

Growing up I’ve heard stories from my naani of how her aunts and grandmothers used to spin on the charkha to sell the yarn they make. ‘Athiyo kathyo aur ghar chalayo’ she fondly recalls. I’ve heard similar stories over the last few years from patrons and well wishers of Gandhigram too which led me to believe that most Indian families have some sort of historical connect to khadi. Of course Gandhiji has a pivotal role to play in that.

But there is also a common perception amongst a vast majority that khadi is “old fashioned”, that it is for the older generation.  Over the last decade, we have seen some fantastic brands emerge who have taken khadi to another level. Brands which have worked hard to give it a new image as a luxury category and a fashion statement. Khadi has become inspirational.

At Gandhigram, we are now part of that larger dream to make khadi more accessible, and relevant to our current times. To achieve this we had to get creative. We had to innovate. Innovate by creating something new while keeping intact the traditional practices and knowledge.

The story of towels and stoles

To give you an example, I’d like to present a case study of how our stoles came into existence.

At Gandhigram, there was a large production of khadi towels. These are simple, plain weave, space-dyed towels – popularly known as firefly towels because of the pattern that space-dyed yarn creates. Now the demand for these towels had reduced. While we had to strategies a new marketing plan, we also wondered ‘what else?’ ‘How else do we tackle this?’.

Creating for a Younger Market

And by this time, we had started interacting with a younger market whose requirements were very different. We had to think of a way to keep the looms busy while making products that would be marketable as well. This is how the stoles at Gandhigram came into production.

Idaikkal is a cluster in the Thirunelveli district of Tamil Nadu where some of our towels were being produced. Mr Prasath, the production manager, and I brainstormed ways to address this problem statement.

Here’s some technical info to explain. Hope this visual makes it a little clear.

Now, the constraints we were working with, we can’t change the loom structure, so the reed remains the same & the width of the fabric cannot increase.

What we could change was the denting / EPI. We reduced it to 1 end per dent, and increase the length to 2.5 m, keeping everything else the same, and now we have a light weight stole. Figuring out the technicality was the easy part.

The real challenge came in implementing this. Most of our weavers have been with us for decades, and for them to suddenly change the basics was a mental discomfort. We visited them regularly and tried to understand their apprehension and convince them to just give one warp a try. We of course provided them a better wage structure. One weaver finally agreed to amuse us. To reduce the strangeness of our request, we kept the firefly design the same so to them it was just a longer light weight towel. Here are images illustrating what I mean, and a closeup to show you the texture.

The first batch of stoles were an instant success. The weaver too found it easier to weave and was excited to keep it going. In an attempt to keep them engaged and involved in the process, I would plan the warp pattern and leave the weft way interpretations up to them. And I was pleasantly surprised to see some interesting compositions. We also made a batch in naturally dyed, karungani desi cotton stoles for Swaminathan of Kaskom. We reached a real milestone, when another weaver came to us wanting to produce the stoles.

Through this exercise our learnings are multifold:

Finally I’d would like to close by saying that khadi is now getting global relevance, especially with the emergence of the slow fashion and sustainability movements, and, as long standing khadi organisations, it is our responsibility to keep challenging ourselves and innovating to keep this going and to stay relevant.

Fabric and Fine Wine by Jo Salter. Jo was inspired by a conversation she had with another speaker at the Jaipur conference.

Reviving Khadi: The Early Phase by Kishore Shah based on Gandhi’s autobiography which highlights the story of early search and innovation that eventually led to khadi becoming a movement.