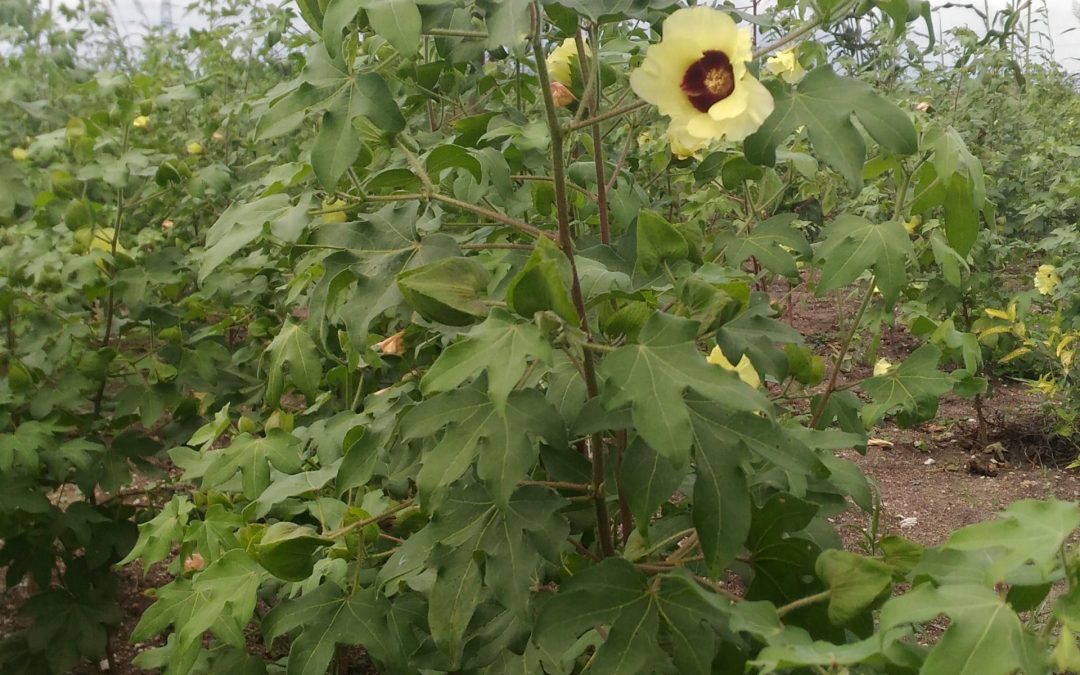 In January 2020, a team of four supporters of Action Village India (AVI) travelled to India. AVI is a London based NGO supporting the work of partner NGOs in India, including ASSEFA. The team included Ivan Nutbrown, a founder member and a long serving coordinator of AVI. The others were Kathy Siddle, the author of the photo blog (indigenous cotton seeds) and, Michael Willis and Tony Mortlock. They travelled with the intention of updating their knowledge of the current activities of the AVI partners which they visited and for a better understanding of the context within which these partners worked. This photo blog documents a new initiative of ASSEFA, producing and supplying organic indigenous cotton seeds.

Visit to ASSEFA, a Gandhian NGO in Tamilnadu, India

During visit to ASSEFA in Madurai area, I was impressed to see how local farmers were responding to the negative effects of climate change. Cotton is one of the crops that has been affected by a lack of rain in certain areas of Tamil Nadu over the last ten years. ASSEFA is trying to change this situation. Firstly, they are trying to reduce reliance on the predominant American cotton. Secondly, they are aiming to reintroduce the indigenous Indian cotton that needs less water.

Historically, it was the British introduced American cotton to India. Even though it was not really suitable for the Indian soils and the climate. As a result, it took time to establish and continued to need fertilisers and irrigation to ensure a good crop. Moreover, the additional production cost. The American cotton produced a longer, stronger fibre than its Indian counterpart. It suited the machines in Manchester where the fibres were sent to be worked into cloth.

Today, however, the situation is reversed. It is now practically impossible to buy indigenous cotton seeds in India. Another current concern is that corporates are now trying to introduce genetically modified American cotton seeds.

ASSEFA has linked up, therefore, with the Cotton Research Station at Kovilpatti. Their aim is to reintroduce indigenous Indian cotton that certainly requires less water, is drought resistant, and is extremely absorbent. It would be useful for items such as bandages and sanitary towels, as well as the more traditional use of cotton for denims etc.

This project is part of a larger programme supported by Swiss Aid, an International non-governmental organisation. The Research Station has provided a supply of indigenous cotton seeds, named Karunganni, for planting on ASSEFA land. Once this crop is ready, it will be harvested by hand. After that, the seeds will be given to those local farmers who have agreed to take part in this trial.

At a meeting that included some of these local farmers it was clear there was commitment to finding a way around the effects of climate change. This trial was an ideal way to bring the farmers on board so they can see the benefits for themselves. ASSEFA would like to see the cotton woven locally and distributed locally – local production and local consumption. In short, feeding back all the time into the local economy.

Note: We recommend ‘Frayed Cotton: The Journey of Cotton in India’ . This will give you an in depth exploration of indigenous cotton as well as the potential for local production systems . You can read a review of the book here.

Kala cotton is an indigenous cotton which has been successfully revived in western India. You can also read a story about it here.

Newspaper articles reporting on the revival of indigenous cotton seeds in Tamil Nadu, India, which Kathy writes about in her blog:

Creating a Resurgence for Traditional Cotton by M T Saju published in the Times of India on September 13, 2018.

After Pesticide Row, Cotton Farmers Push for Traditional Seeds published in the Times of India on June 20, 2018.

A review by Katie Andersson of Frayed History: The Journey of Cotton in India published on the Khadi London blog site on August 21, 2018.