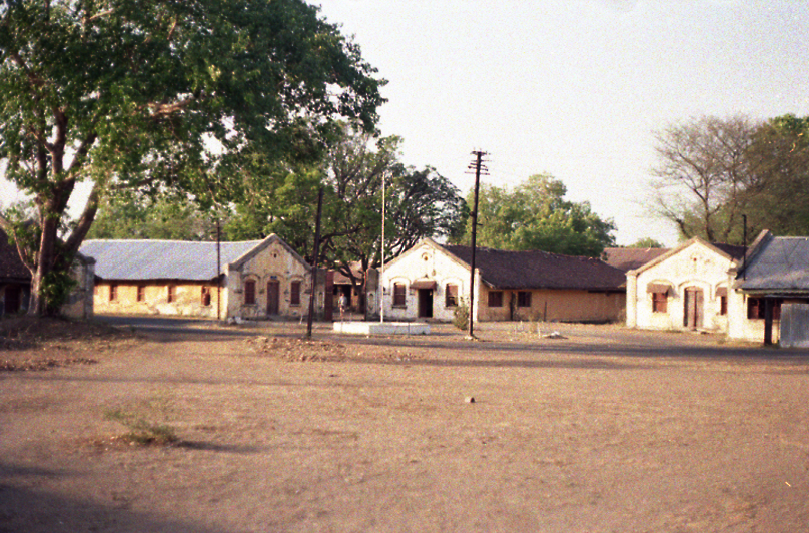 Our visit to the Gram Seva Mandal, in the Wardha district of Maharashtra was an unexpected delight. After few hours of being lost in rural Gopuri, in 49.8* heat, we were happy to have found the ashram and meet the wonderful Tanmay who kindly welcomed his unexpected visitors with cups of refreshing lemongrass chai.

As we sat on his step, listening to him talk about the cotton industry, it’s many issues as well as its wonders, we were immediately struck by his in-depth knowledge and passion. 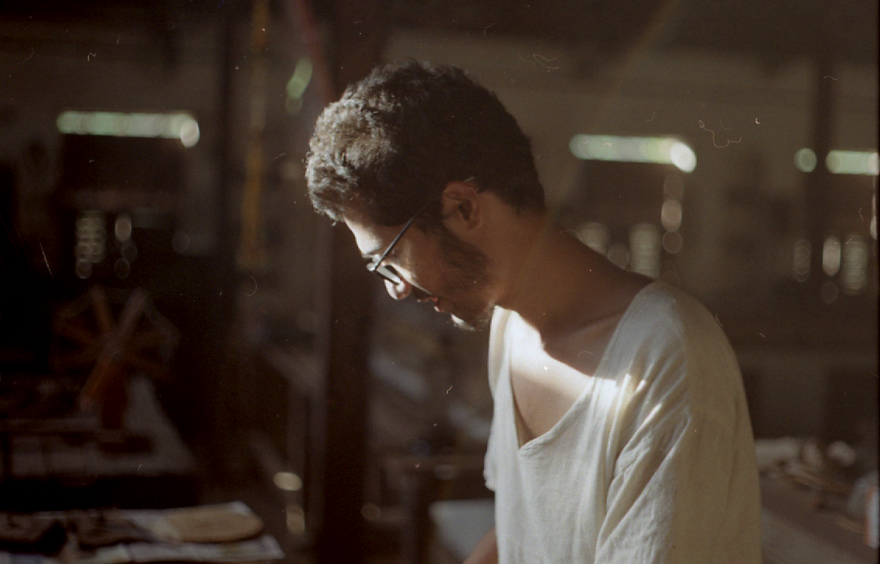 Tanmay in the workshop

Tanmay had learnt about Karuna and Vasant, and their work at Gram Seva Mandal and after studying he left his home city to live with them in their ashram. Here he has learnt how to grow and produce organically, live self sufficiently and the art of village scale production of hand woven khadi.

Walking into the workshop was like entering an Aladdin’s cave, a space dedicated to developing, innovating and salvaging of village scale machines which allow communities to produce hand woven cotton, from seed to cloth.

There were so many things in the works, from domestic ginning machines, to roving machines, to a wide variety of spinning wheels, those small enough to carry on the train, to larger ones for the whole community to use – a homage to Gandhi and his philosophy. 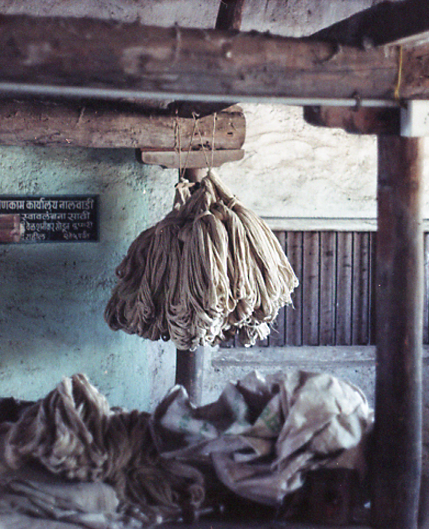 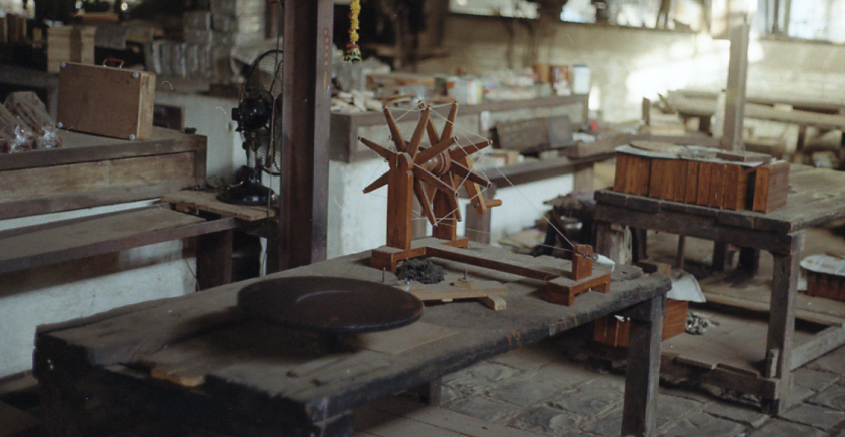 A spinning charkha made in the workshop 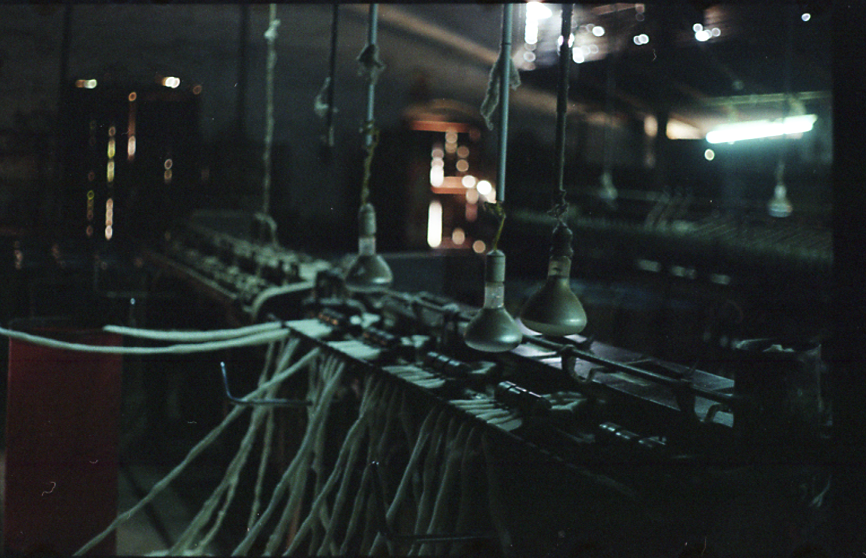 we were also taken to the weaving unit where we were greeted by three young girls who had recently started to learn to weave from a great master weaver. 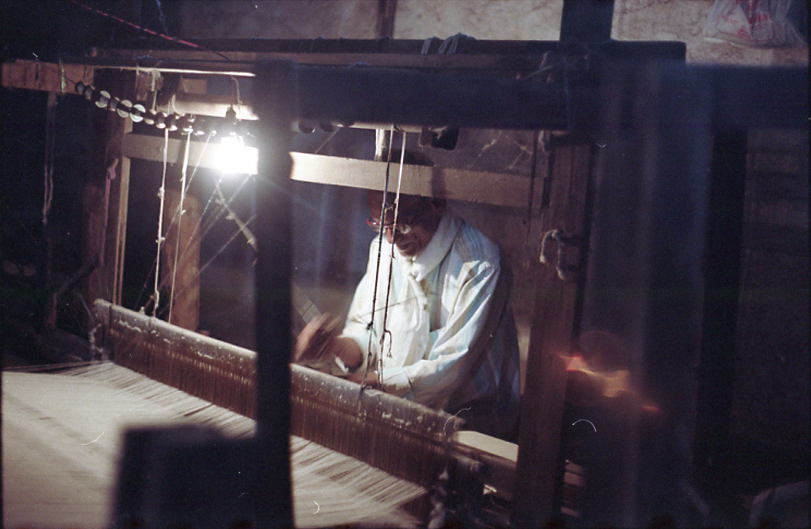 The master weaver at work

It was very impressive to see the skills the girls had so quickly picked up and see the master weaver producing fabric of exceptional fineness and quality. It was inspiring to see this ancient and progressive craft alive and progressing in 2016. 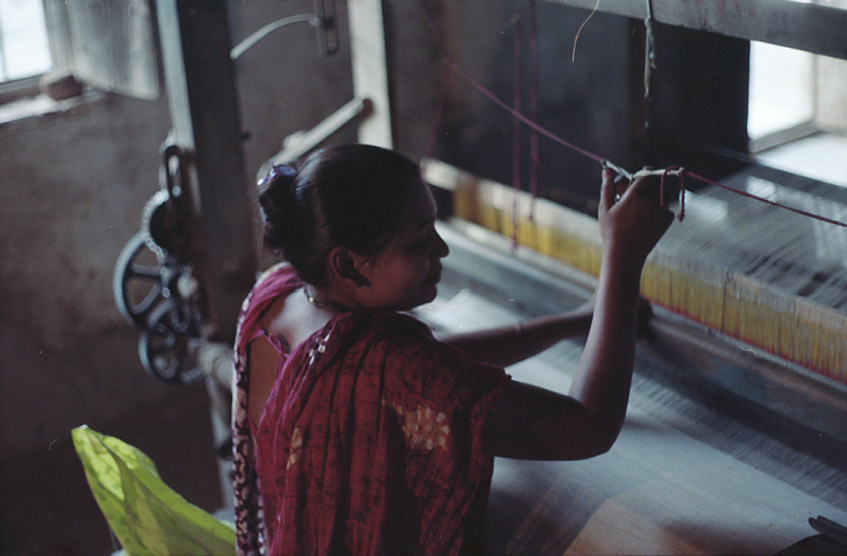 A young weaver demonstrating her newly learnt skills on the loom

We left feeling blessed to have had this time with Tanmay and to have learnt about the impressive work of Gram Seva Mandal whilst also understanding more about the relevance and importance of khadi today. We were both inspired and encouraged by their work and hope we can continue to learn from and stay connected to Tanmay and Gram Seva Mandal.

We are grateful to Kishore & Vasanti for encouraging us to visit Gram Seva Mandal and all their help facilitating this.