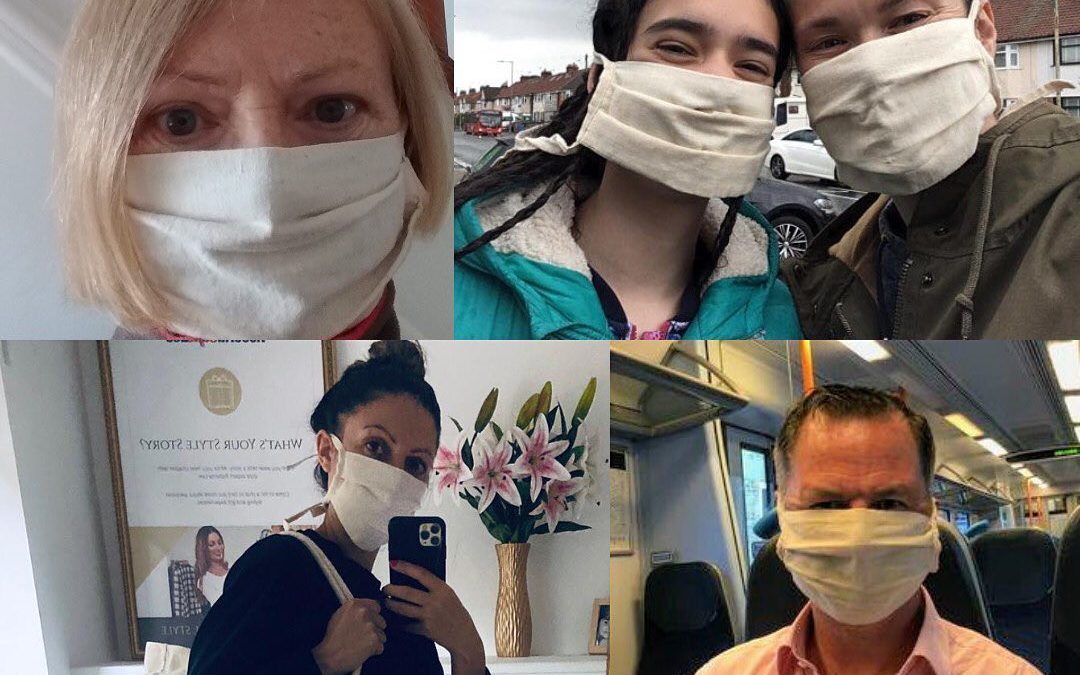 We bring to you two positive messages for our organic khadi masks.  The first, ‘Act with Diligence’, is from Gandhi’s grandson, Gopalkrishna Gandhi.  The second ‘Symbol of Global Unity’ is from Lord Parekh. These messages are a testimony to the work of Khadi London and Where Does It Come From? . A tribute to their efforts to protect lives and livelihoods during these difficult times.

Gopalkrishna is currently Distinguished Professor of history and Politics at Ashoka University. He was the Governor of West Bengal from 2004 to 2009. As an administrative officer he served as Secretary to the President of India and as a former diplomat he was the High Commissioner of South Africa and Sri Lanka. In 2015, he translated the Tamil classic, the Tirukkural, into English. He was nominee of an opposition alliance for Vice President of India 2017 elections.

As we increasingly imbibe and breathe that we do not want to, or should not have to, it becomes necessary to protect ourselves and each other by mental and physical screens to be and stay clean. Break that long line of thirty six words into essential segments and you get twenty two :

Now, break those down to their core and you get nine:

Then, further reduce those nine to four:

And reflecting on those four, go back to the first thirty six, see their superfluity, act with diligence.

“In these times of global spread of Coronavirus all human beings share common problems and need to find a common solution. A uniform mask is a good symbol of global unity. The masks that these ladies have produced is significant, made as it is made of cotton and organic sewing thread, it displays human dependence on nature and sends out a appropriate messages to the world in these alarming times.”

Journey of our Organic Face Masks